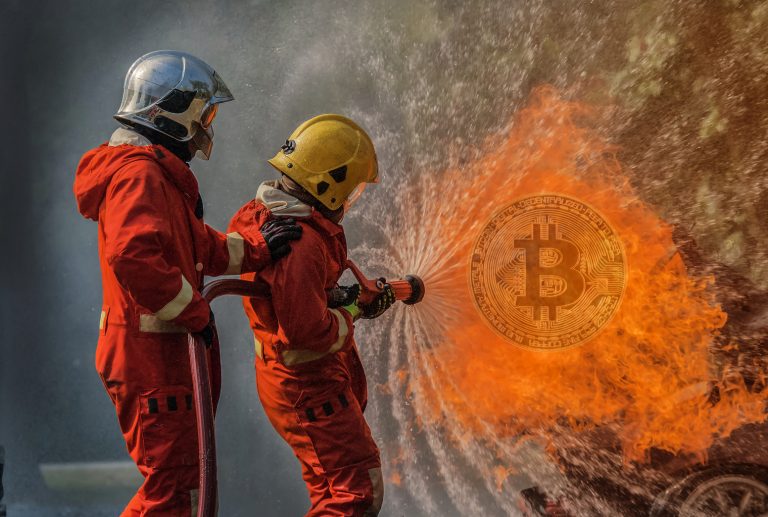 Many bold predictions about bitcoin’s price have been made over the years, but tech entrepreneur John McAfee’s 2017 claim that BTC would reach $1 million before the end of 2020 garnered more column inches than any other. This is because he promised to, ahem, consume his own manhood – on television no less – if it failed to transpire. The outspoken bitcoin evangelist has now provoked a backlash after pouring cold water on his prediction just days into the New Year.

Also read: John McAfee Plans to Tokenize All 535 Members of US Congress

Yesterday I Was Lying, Today I’m Telling the Truth

The above quote can be ascribed to slippery octogenarian boxing promoter Bob Arum, a man who staged fights for the likes of Muhammad Ali, Sugar Ray Leonard, and Floyd Mayweather. And the weasely words perfectly encapsulate John McAfee if his January 5 tweet is anything to go by. In it, the controversial software tycoon insisted his previous comments were “a ruse to onboard new users,” smugly asserting that “it worked.” That alone ruffled some feathers and drew accusations of reneging on his promise. But it was McAfee’s next comment that really got the community’s ire.

In dubbing Bitcoin “an ancient technology” and unfavorably comparing the network to newer blockchains boasting “privacy, smart contracts, distributed apps and more,” McAfee tossed a grenade into the twittersphere and watched the outrage bloom, amusedly responding to those who branded him a liar and touting monero and pirate coin as privacy coins he’d recommend. McAfee also took time to pour scorn on Ripple’s XRP token. Naturally, some are wondering whether the post is merely an attempt to distance McAfee from his audacious prediction, particularly since the current price of BTC is about 95% below his $1 million target. In other words, McAfee didn’t like the idea of biting his fingernails until such time as he had to devour another part of his anatomy.

Is Bitcoin a Modern-Day Model T?

To emphasize his point that Bitcoin was old tech, McAfee rhetorically asked “Bitcoin is our future? Was the Model T the future of the automobile?”

Reading these words, you can just about hear McAfee’s sigh of relief as the wager albatross was finally removed from around his neck. You could also discern the vocal opprobrium of the virtual crowd. Of course, one might reasonably wonder whether a prediction casually tossed off on Twitter a few years ago would have given McAfee sleepless nights. After all, this is a guy who’s allegedly been on the run from U.S. authorities for a year now, spending his days on a boat while talking up a presidential bid.

In any case, the Model T comparison didn’t fly with ex-JP Morgan Chase VP Tone Vays, who shot back “There is almost 0 innovation difference between 1917 Model T & Modern Day Tesla. In my view we still drive the Model T today (it just has things like seat belts & gps added). Why is it so hard for @officialmcafee & many others to see #Bitcoin adding additional features?” Is McAfee right to claim that newer, sexier blockchains are better equipped to advance than Bitcoin? At this stage, the claim holds about as much weight as his previous prediction viewed in light of the recent capitulation. BTC currently commands 68% of the total crypto market. Its superior security and greater liquidity will continue to drive adoption, including in the Third World where individuals are embracing bitcoin to trade, remit money from family living overseas, and store value in a vehicle which is much trickier to confiscate than other assets. Twitter CEO Jack Dorsey is on record as saying “Africa will define the future of bitcoin.”

While the wider blockchain industry is still fairly new, the Bitcoin network has been going strong for over a decade now, its market capitalization exceeding $135 billion and its hashrate 120 EH/s. Furthermore, there are more onramps for bitcoin than ever before, and many believe the 2020s will lead to hyperbitcoinization, where there is a gradual voluntary transition towards bitcoin as a superior form of currency.

Despite McAfee’s abrupt volte-face, don’t expect audacious predictions about bitcoin’s future – and its innate ability to reshape the financial system – to go away anytime soon. And don’t be surprised if McAfee himself reassumes his role as controversial crypto clairvoyant.

What are your thoughts on John McAfee reneging on his bet? Let us know in the comments section below.