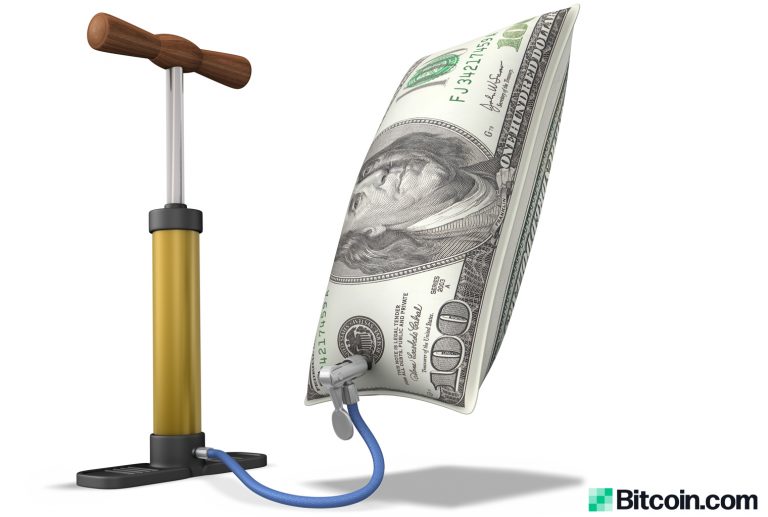 On January 13, the New York Federal Reserve gave $60.7 billion to eligible private financial institutions by leveraging U.S. Treasurys and agency securities. With all the stimulus given to financial institutions since September, it hasn’t relieved the stress of economic uncertainty. Now the Fed is pondering giving money directly to hedge funds and private brokers in order to ease the current pressure and lack of liquidity within U.S. repo markets. Moreover, two Federal Reserve branch presidents have voiced concerns in regards to the American economy in 2020.

Also Read: Money and Democracy: Why You Never Get to Vote on the Most Important Part of Society

The U.S. Federal Reserve has slashed interest rates three times since September 2019 and has pumped massive amounts of fiat into the hands of financial institutions by leveraging overnight repos and other monetary easing tactics. On Monday, the New York Fed provided eligible banks with $60.7 billion, with $30.2 billion toward agency securities and $30.5 billion in U.S. Treasurys. A few times a week since September, the Fed has been stimulating private banks in this fashion, giving them trillions of dollars.

Now the Fed is talking about giving cash directly to eligible hedge funds in order to help ease the demand within U.S. repo markets. Last week, Fed officials discussed a similar idea by creating a “standing repo facility” so private banks can access fiat reserves any time they want. Officials on Tuesday brought up the idea of hedge funds, smaller banks, and securities brokers borrowing funds from the Fed through the repo clearinghouse by pledging securities like government bonds.

According to market observers, the Fed wants to step away from repo-market operations. However, critics believe that lending funds directly to securities brokers and hedge funds could lead to a “hedge fund bailout.” After all the rate cuts and massive printing, numerous people believe “the Fed protects gamblers at the expense of the economy.” The chairperson of the Public Banking Institute Ellen Brown noted this week that the “repo market is little known to most people.” But the repo market is: “a $1-trillion-a-day credit machine, in which not just banks but hedge funds and other ‘shadow banks’ borrow to finance their trades,” Brown recently wrote. Brown’s scathing critique of the Fed’s monetary solutions further added:

The repo market is a fragile house of cards waiting for a strong wind to blow it down, propped up by misguided monetary policies that have forced central banks to underwrite its highly risky ventures.

The Public Banking Institute chairperson is not the only one worried, as two Federal Reserve Bank presidents have expressed “concerns,” seeing a surge in inflation and a growing asset bubble. Boston Fed President Eric Rosengren cited the real estate market as a potential area for a bubble.

Additionally, Federal Reserve Bank of Atlanta President Raphael Bostic told the public: “There’s not a lot that we have left to do to stimulate.” Following the statements from two Fed branch presidents, former Federal Reserve chair Ben Bernanke said if the central bank takes “extraordinary steps,” it could save the economy. Bernanke also detailed that’s what he and the Fed did during the 2008 Great Recession. During a speech delivered in San Diego Bernanke stressed:

A moderate increase in the inflation target or significantly greater reliance on active fiscal policy for economic stabilization, might become necessary.

In addition to the dreary outlook from former and present Fed employees, last week Rabobank executive Philip Marey said he believes the Fed will cut interest rates to zero. Despite Marey’s forecast, the central bank’s board seems reluctant to cut rates again. However, on January 14, the Swiss wealth giant UBS said the Fed will likely cut rates three times in 2020. “We think this tariff damage is going to push U.S. growth down … that’s actually going to trigger three Fed cuts, which is way off consensus, nobody believes that,” Arend Kapteyn, global head of economic research at UBS stated on Tuesday. At the time of writing, CME Group’s Fed Watch tool indicates that the probability of the Fed slashing rates again in 2020 is 50%.