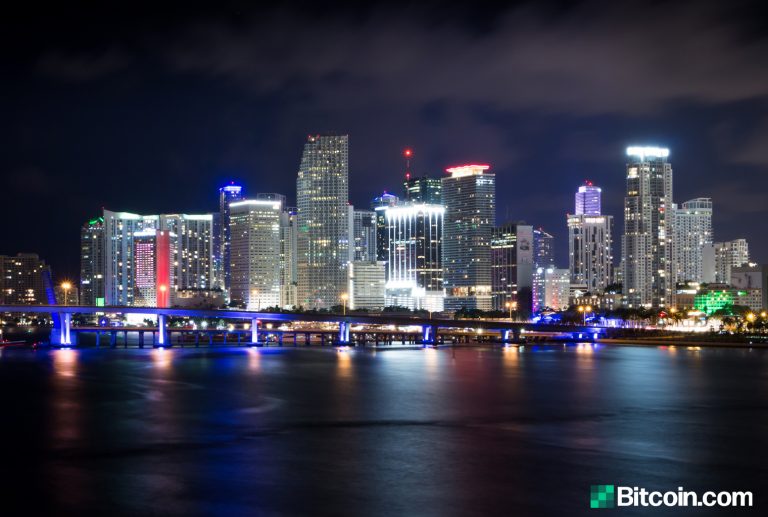 On Friday, The North American Bitcoin Conference (TNABC) convened for its final day with a great deal of well known speakers from the blockchain and cryptocurrency industry. The slew of speakers discussed topics like the future of crypto mining, SLP tokens, digital currency enterprise solutions, creating new markets, and what to expect from government regulation in 2020.

TNABC Wraps Up the Final Day

Miami Blockchain Week continues as the final day of the seventh annual TNABC event comes to a close. Blockchain Week will proceed with the Miami Bitcoin Hackathon 2020 hosted at the Blockchain Center Miami on January 17-19. At the conference, Moe Levin started the day’s festivities with a few remarks which were followed by a talk with Bloq cofounder Matthew Rozak. The entrepreneur discussed the future of mining and the project Titan’s idea to tokenize hashpower. TNABC participants also heard from bitcoin pioneer Charlie Shrem, and Bitangels founder Michael Terpin discussing enterprise blockchains with Bakkt’s head of information security Adam Healy.

After the lunch break, the crowd heard from Bitcoin.com’s CEO Stefan Rust about creating new markets and opening the doors of accessibility to new crypto users. Rust explained how crypto and blockchain solutions continue to break the barriers of traditional concepts and today’s incumbents.

During Rust’s talk, he gave an in-depth explanation about the Simple Ledger Protocol (SLP) built on Bitcoin Cash and how the SLP universe has grown exponentially. He explained there’s been over 500,000 onchain SLP-based transactions and more than 6,600 coins minted so far. Rust told the audience about Bitcoin.com’s SLP dividend calculator that allows people to distribute BCH or SLP token dividends. During the first day of TNABC more than a hundred people who participated in the Golden Ticket scratch-off promotion were airdropped tokens. Rust distributed the dividends while onstage and a few TNABC attendees revealed they got 500 LEAD tokens.

Rust also introduced Bitcoin.com’s new Mint, a service that allows people to keep a portfolio of SLP-based tokens in a simple-to-use noncustodial web wallet. The mint’s primary feature allows users to create and distribute SLP tokens if they have a small fraction of BCH in their wallet. Users can create a token in a matter of minutes with a specified token amount, custom name, and the number of decimals as well. Bitcoin.com Mint users can also upload a document like a white paper or add a document hash and URL. Rust further explained how there are so many concepts that can be tokenized like reward points, loyalty coupons, and air miles.

“Imagine if we can get these concepts into tokens and get the users that are adopting and driving those types of reward and loyalty points toward using a cryptocurrency,” Rust emphasized. “That’s how we’re going to get new users to come to the cryptocurrency world — With things that they are familiar with and with brands that they trust.”

Following Rust’s talk, the crowd listened to a fireside chat with the Bitcoin Center Miami’s Eryka Gemma who discussed Miami becoming a hub of innovation. The audience also saw the hosts of the podcast Bad Crypto do a live broadcast on stage with Moe Levin, Charlie Shrem, and Marshall Long. In the exhibit hall, TNABC attendees saw the same exhibits from the day prior and a few new ones as well.

For instance, the Simpleledger.io developers set up a small table and gave people pamphlets about the SLP framework and tokens. The SLP pamphlets explained how SLP tokens are SPV friendly, onchain, scriptable, extensible, open source, and robust with a limited set of consensus rules making SLP tokens reliable. Between the Simpleledger.io developers and the Bitcoin.com booth, the Simple Ledger Protocol and Bitcoin Cash received a lot of attention during the conference.

Overall most of the attendees news.Bitcoin.com chatted with said they enjoyed the event and didn’t seem to mind it being a touch smaller than 2018 and 2019. There were plenty of exhibits, a number of well known speakers from the crypto industry, and ample media attention as well. While many went home after the conference, lots of developers are sticking around the city until Sunday for the 2020 Bitcoin Hackathon.

Disclaimer: This article is for informational purposes only. Bitcoin.com is an official platinum sponsor and media partner of the 2020 TNABC event.

Did you know you can buy and sell BCH privately using our noncustodial, peer-to-peer Local Bitcoin Cash trading platform? The local.Bitcoin.com marketplace has thousands of participants from all around the world trading BCH right now.